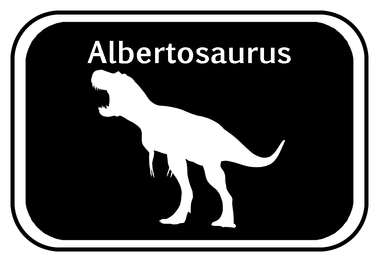 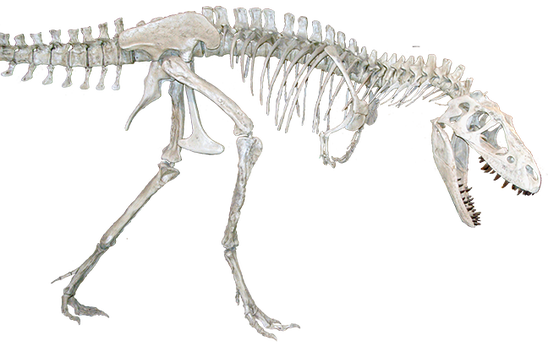 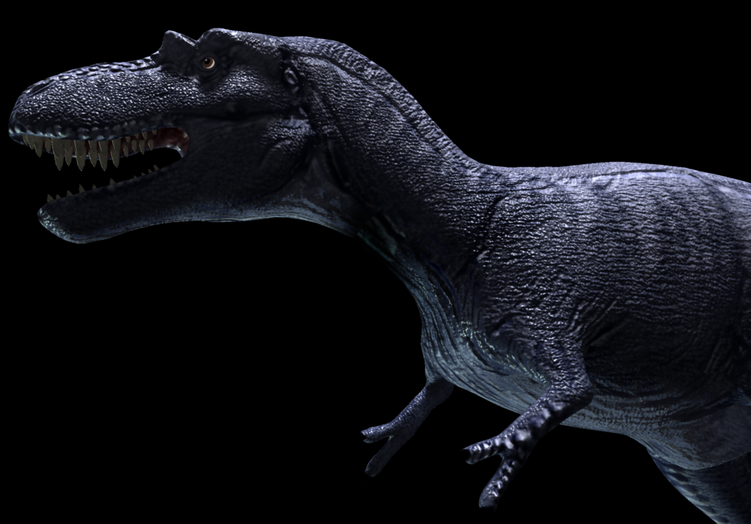 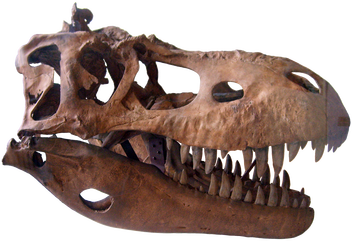 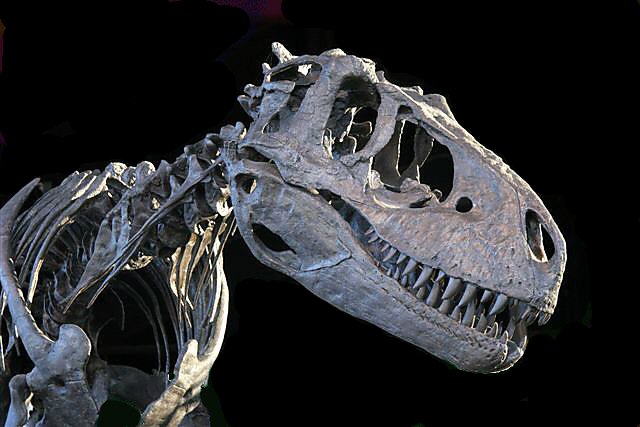 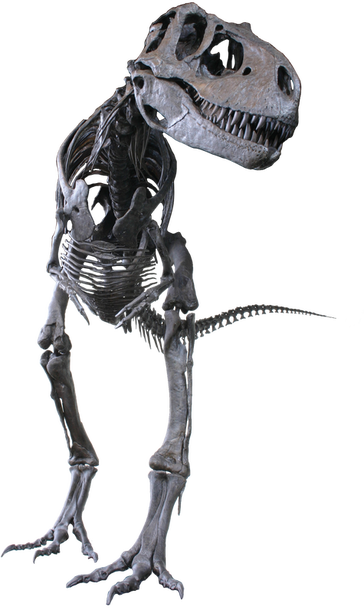 Cast of Albertosaurus from the Rocky Mountain Dinosaur Resource Center in Woodland Park. Colorado.
​Due to the amount of sizes and ages of the individuals discovered near Red Deer River, the ontogenetic cycles of growth for Albertosaurus is relatively well known. Remains approximately two years of age, measuring six feet long and weighing no less than one hundred and ten pounds is the youngest individual. The eldest specimen found consisted of a length of thirty-three feet and might have been twenty-eight years of age at the time of death. Growth and death rates of the animals in the bone-yard of Red Deer River compared with the other Albertosaurus finds suggest that the animal grew at an exceedingly fast rate along a four-year period ending at approximately age sixteen which began the onset of sexual maturity. This growth is unlike most Avians and is more akin to the growth rates of large mammals. These statistics also revealed a hypothesis concerning the mortality rate. The hypothesis suggests that the hatchlings had a rather high mortality rate, explaining the lack of juvenile fossils. Then, after two years of growth, the animals were much larger than many of the predators in its ecosystem and death mortality decreased sharply. However, the mortality rate again increased, doubling at around the age of twelve and then doubling again around the age of sexual maturity. The find of dozens of specimens in the bone-bed of the Red Deer River might suggest that the animals hunted together in packs. This hypothesis has been suggested for many theropods found together as well (Like Giganotosaurus). The opposing view suggests they may have died due to environmental reasons and then deposited together after death. Canadian Paleontologist, Philip J. Currie, suggests that the legs of the younger Albertosaurus helped them draw the prey towards the adults that were slower and more powerful. Currie speculates the young Albertosaurus, having different adaptations compared with the adults, had a different way of life similar to the Komodo dragon of the present (young live the lives of insectivores, while adults are the largest predators on their island, attacking and killing water buffalo). Due to the fact that behavior does not fossilize, Currie’s hypothesis is speculation and cannot be tested. However, what can be observed is what it lived with and what it may have hunted.
------------------------------------------------------------------------------------------------------- 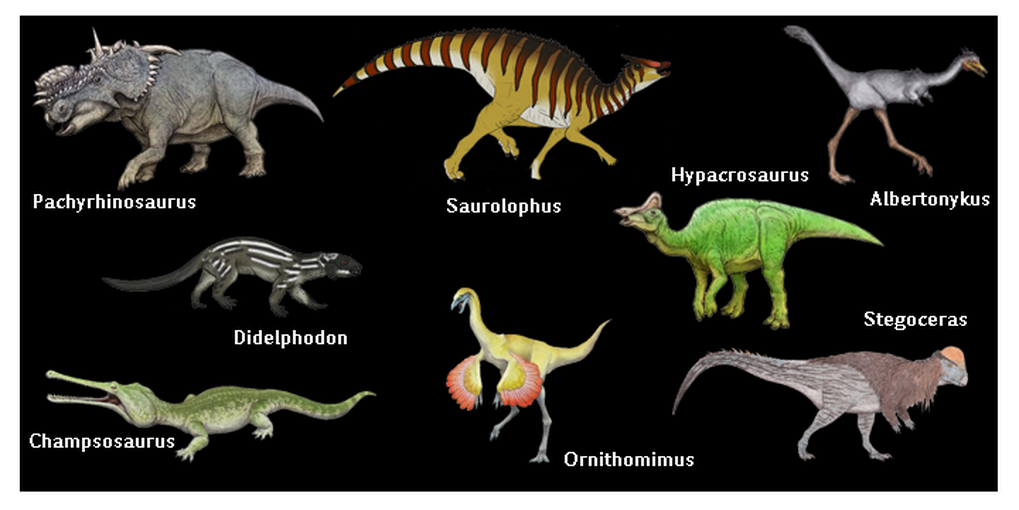 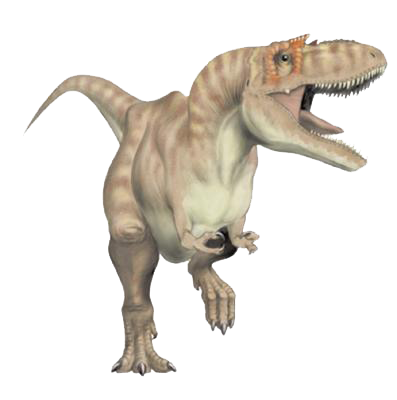 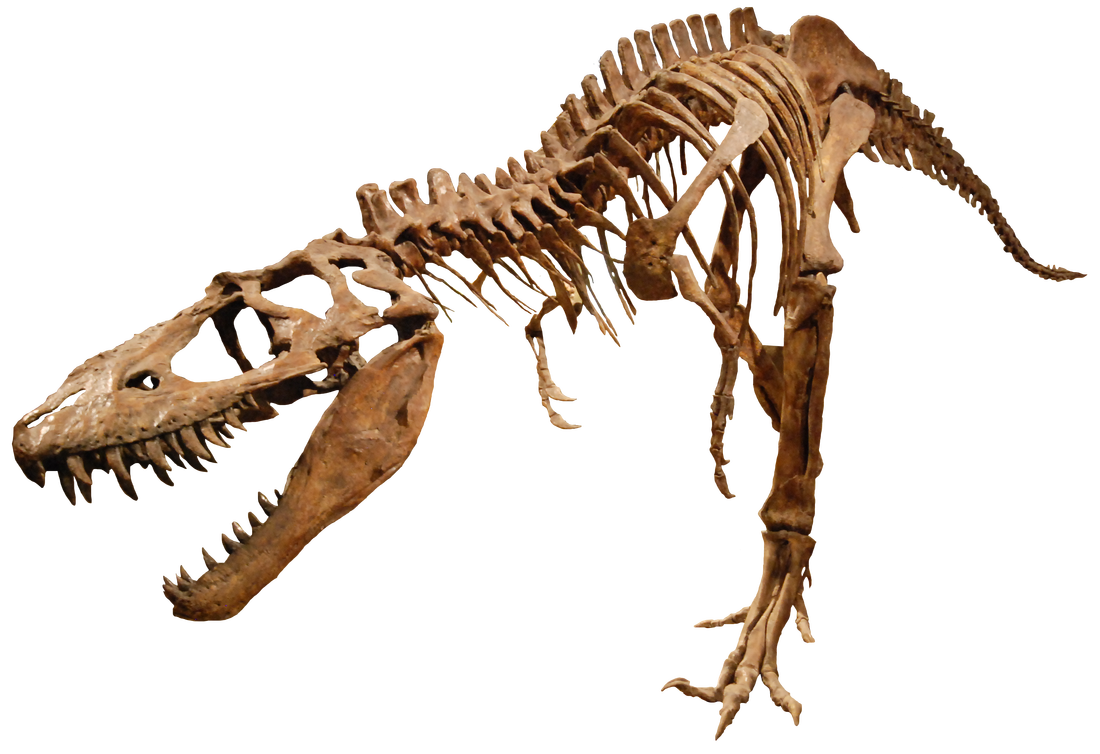 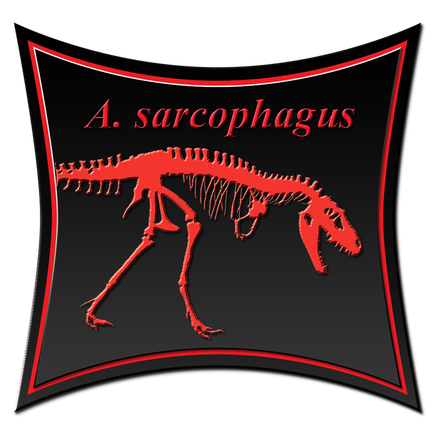